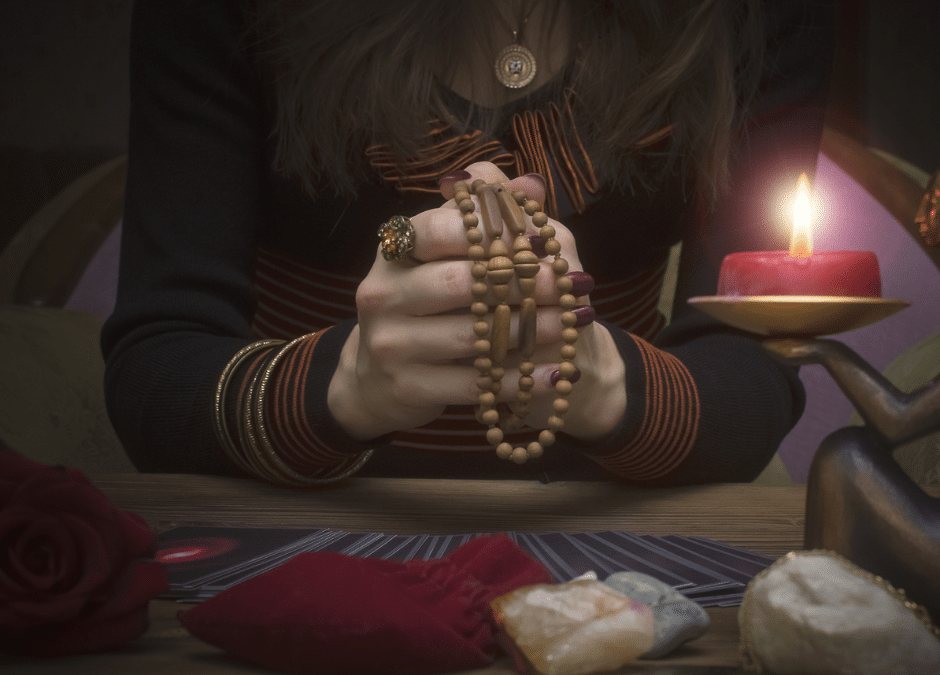 What do you think when I say, “You are psychic.”?

Everyone has psychic ability; some tap in easier than others because they have learned and developed that muscle. Some find their abilities hard to reach because it was not fostered in their youth; others learned to hone their powers out of a necessity or trauma of some kind.

Psychic energy can get blocked, stuck, squashed, or turned off just like any other energy.  It is usually the pressure of your expectations of what “psychic” means to you or what it should be that works against you. You probably think it should look or feel different than it is.

You agree you have intuition, right? Instinct? The real question is, are you open to it? Do you know how to receive and process the information?

There are 8 clairs, and you will be more attuned to some rather than others. If you brush them off or poo-poo them, you will not connect as easily to your psychic abilities.  Sometimes it is a shame or chalking a signal/sign up to a coincidence that will have you dismissing messages.

Religious beliefs and past life traumas can also affect whether your receptors are open.  Third eye work through mediation, sound therapy, reiki, and other modalities such as akashic records, astrology, etc., will allow you to open up to having those psychic experiences you seek.   Please make no mistake, and it takes work and conditioning.

Which of your psychic abilities is the strongest, and how do you use it?

There are 8 Clair senses which are described below. Does anything ring that proverbial intuitive bell?

This is the clair that everyone recognizes the most, and oddly it isn’t that common. It is also called remote viewing, or the person may also be referred to as a “seer.”

Clairvoyance shows up in a variety of ways. Perhaps you had a premonition through a psychic dream about something in the future.  You could receive a visitation where you “see” someone that is on the other side. Some describe it as if they are watching a movie. This can happen at any moment, while you are awake, asleep, or during a mundane event or meditation.

The visions can appear to be right in front of you or appear in your mind.  If in the mind you can easily dismiss it. Then you find out later that you should have paid attention and taken it seriously.

Many people see a language of symbols, signs, and even numbers.  Their challenge is to decipher the visual language. What do those signs mean?

Your whiffer may be sending you messages, and this is a clair that comes through more often in mediumship.

Roses, perfume, food, smoke, etc., are just some things that will be smelled while connecting with the other side. There will be no one around and no logical reason for the odor or fragrance.  This has been happening to me for the first time in my life this year.  I continue to catch the smell of Old Spice. It is my Daddy.

The smells do not linger, but it is noticeable like it passed right in front of you. I have also been smelling roses and carnations. I thought this must be a female, maybe my Mother in Law, but I was told it is likely Angels.  Funny, I always wanted to connect to my Angels and Guides more!

It is a confirmation that a presence is with you, not really for prediction.

Yes!  You can taste your psychic abilities! Many are not aware of this ability.

Some psychics/particularly mediums, will taste different things when doing a reading.  For example, the taste of a banana pudding might let someone know that their grandmother is present. I wish my Grandma Moore would visit me! She made the best homemade banana pudding, but I digress.

If they taste blood, it might signal a death by tragic means.

This is a big one! There are some misconceptions about how it shows up, though.

You may assume that clairaudience means hearing voices. Not necessarily, but clairaudient psychics deliver messages from spirits frequently because they hear the messages. This is not that common.

You have probably experienced clairaudience differently.   Have you ever been listening to music, and the lyrics sync exactly with your memories or thoughts? Maybe you have been thinking of a departed loved one hear a song that was indicative to them on the radio at that very moment?

Ask a question and pay attention to knocks and bangs, clicks, or maybe a strange bird sound, etc. Ringing in the ears is also common.  Although I believe there are also other reasons for phenomena.

The bottom line is, pay attention to your ears!

The Knowing.  I always think of Mentor JoAnn Miller when I hear the word, Claircognizance, and she was the first person that exemplified this for me. She talks about always having a “Knowing” when talking about her book Paradise.

Have you have ever just known something was going to happen or something personal about someone and there was no explanation for it?

You were experiencing Claircognizance. It is often called a ‘mother’s intuition.’  I have had this all of my life; I am a human lie detector, and I have always known when someone is not being truthful and usually what they are hiding. I thought everyone did this naturally.

This is the most accepted clair, I suppose. Almost everyone has had this experience. No evidence, but it is not needed, you just know.

Some know their past lives. I know I lived in the American West circa 1880 in a past life.  I know I owned and ran a general store and hotel.  It was a hard life, and I did it without a man. No proof, I just know.

This psychic sense is most common, even with those that are not “spiritual.”  Ever had a feeling in your gut? How about chills? Hair standing on end?  Sick at your stomach over a situation?

Virtually everyone taps into this one.  Doctors, gamblers, and especially Moms! Consider your body as a conduit for energy, and if you have a strong ability of clairsentience, your antenna is tuned into frequencies and vibes.

External clairsentience is when you feel something cold or goosebumps. There is likely a spirit with you when that happens.  I get chills or goosebumps as a confirmation or a NOTICE to pay attention.

EXAMPLE: Mediums might feel tightness in the chest as an indication someone passed of a heart attack.

Internal clairsentience is that sense of impending doom or a gut feeling. It can also be a sense of peace, indicating you are on the right path.

Check-in with how you feel frequently.

In 2018 I was in Galveston in an antique store.  I picked up a unique hand tool. I thought it was a letter opener, and I immediately saw lots of blood and chaos with men on the ground.  I put the tool back immediately and moved to the counter to ask what it was.  The owner of the shop said it was a tool from a medical kit from the civil war.  I was and still am a bit freaked out!  It has not happened since.  I think I have shut Clairtangency.

Some people can hold objects and provide a plethora of information about its travels and those that met them.  Belongings, photos, or personal items can aid mediums to connect to loved ones in a powerful way.

Clairtangency people use the sensitive sense of touch with objects holding residual energy, which transfers through the hands.

My first psychic at 21 years used this impressive skill, and he was VERY accurate about my life to come.  I still tell the details that came to pass because he held my wallet.

Clairempathy can be another subtle psychic sense that is easy to ignore. Sometimes this is confused with being an empath.  So many in the spiritual community identify as an empath.

Clairempathy means you can feel emotions before an event, or you might feel the emotions of other people even when they’re nowhere near you, and you’re not communicating with them.

This ability reminds me of how twins know how the other is feeling even though they are not in contact and a world apart.  It is unexplainable how they can psychically feel each other’s emotions.

See, I used my Claircognizance! I knew you were psychic! We develop it and work on it all the time.  Learn which ability resonates with you the most!  There are so many portals into these abilities.

You can force this, but you can train. You will get it when you are meant to understand. If you are called to this subject, consider taking our upcoming course in Psychic Development in 2022.  Details will be out soon.

Remember, all of us have some ability, whether a gut feeling or chatting it up with your favorite Aunt Sookie.